How to Add a user to Sudoers in Ubuntu Linux

There are different ways to obtain root privileges on Ubuntu, one of those methods is to run commands with root privileges using the sudo command. The sudo feature is used to provide administrative access to regular users, without actually sharing the root user's password.

In Ubuntu, there is a user group called sudo.

The user account you created During installation, is a member of sudo. If you want to add additional users to Sudoers, all you would need to do is add them to the sudo group using the usermod command.

Next, using the usermod command, add user to the sudoers (sudo group):

Once a user has been added to the sudoers, the user can execute any administrative command by preceding it with sudo.

The Ubuntu system determines if users are allowed to elevate to root permissions, based on the settings in the /etc/sudoers file. 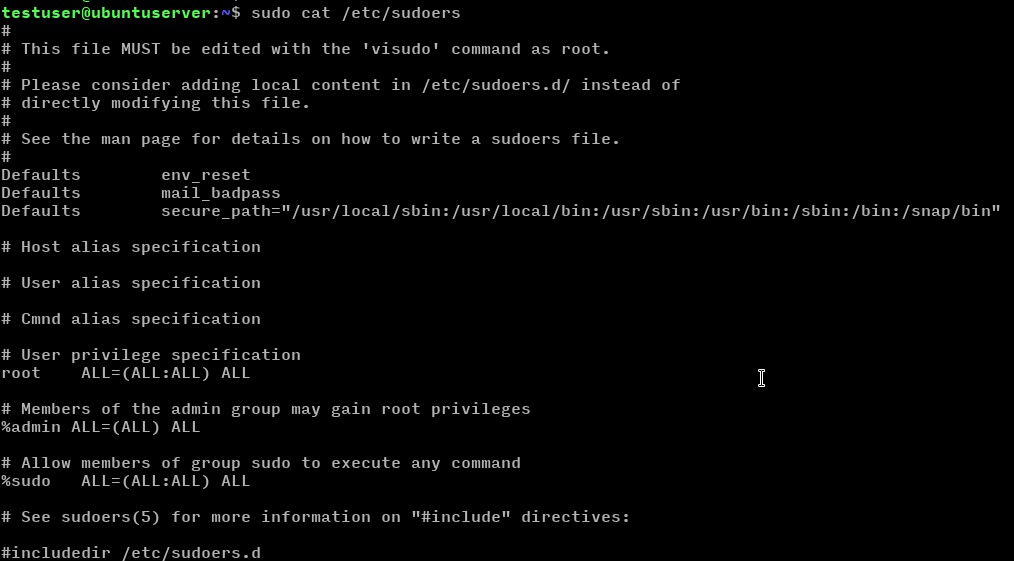 If you want to edit /etc/sudoers file, use the visudo command which automatically checks your syntax when exiting. Do not edit this file directly using a text editor.