How to Install Ruby on Rails on Ubuntu Linux

Before we can start building Rails applications, you'll need to get Ruby on Rails installed on your system. Installing Ruby and Rails can be tricky, if you don't do it the right way.

In the following guide, I'm going to walk you through How to Install Ruby on Rails for Ubuntu Linux. This guide will work with any Ubuntu Linux version, including the latest LTS version Ubuntu 18.04 LTS and 19.04.

Following are the main steps to install Ruby on Rails on Ubuntu Linux:

First, we need to make a small change to the Ubuntu terminal If you are using GNOME Terminal as your command line interface (Which is the default terminal on Ubuntu 18.04 LTS).

Open the terminal and go to Edit > Preferences > Command, and then activate the Run command as a login shell checkbox.

The next step is to install YARN Package Manager, ruby on rails needs YARN to install dependency packages such as Node JS and Webpacker.

You can install YARN on Ubuntu with the following set of commands:

Source RVM script to add RVM to your Ubuntu environment:

Once this is complete, you can proceed to install Ruby programming language with the following command:

Once Ruby has been installed, you can install the latest version of Rails with the following command:

That is all we need to do. Ruby on Rails is now installed on your Ubuntu system. You can check ruby version with following command:

To check the Rails version, run:

We will create a simple application to check that our setup is working correctly. We can easily create a new rails application by running the rails new command.

To create a new Rails application called "testapp", open a terminal and run:

After that, CD into the "testapp" folder and start rails server with the following command:

Once this is complete, open your Web browser and visit http://localhost:3000. 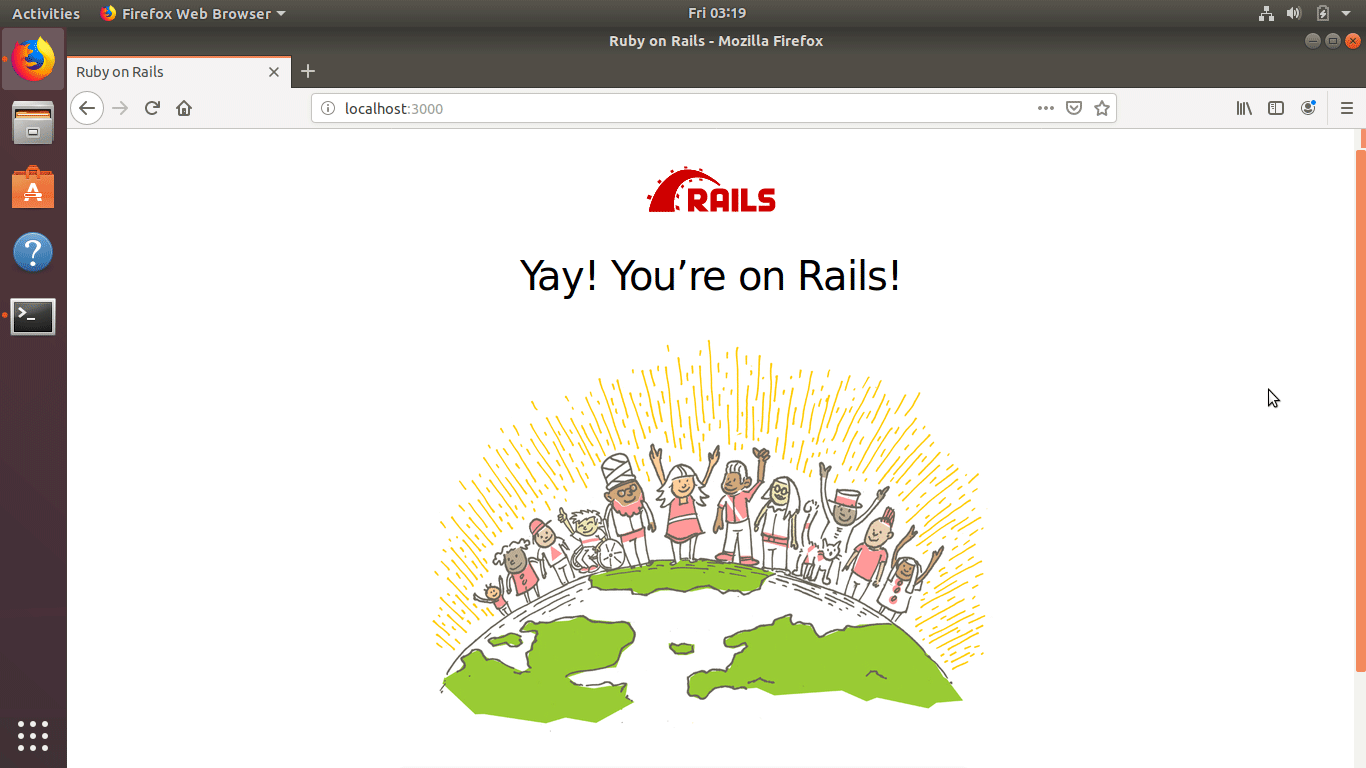 You will see the standard Rails welcome page showing the versions of Ruby and Rails installed on your Ubuntu Linux system.